The largest multifunctional arena in Poland celebrates its 10th birthday!

Over 15 million guests and the title of the best managed and most recognisable multi-functional arena in Poland. PGE Narodowy named after Kazimierz Górski, this year celebrates its 10th birthday. As Włodzimierz Dola, the President of the Management Board of the arena operator points out, the stadium during this decade has become known as a dynamically changing facility which plays a special role in the lives of the Poles.

The house of the Polish National Team, as PGE Narodowy is called, was officially opened on the 29th of January 2012. The event was accompanied by the concert entitled "Here I Am" with the participation of the biggest Polish stars. The arena was built with the 2012 European Football Championships in mind, but it still remains a model of a modern facility, which enables the organisation of the largest and most spectacular events in the country.


- During this decade, PGE Narodowy has become known as a dynamically changing arena, which plays a special role in the lives of the Poles. We have created the best offer on the market in the field of sports and entertainment events, and an attractive B2B offer. We have also opened a new revenue line in connection with the commencement of the catering services provided by our company. Our actions made it possible to prepare the turf to meet the highest standards of international football matches - said Włodzimierz Dola, the President of the PGE Narodowy operator.


- It was an intense 10 years during which PGE Narodowy was the arena of
football, volleyball, speedway and windsurfing struggles. The stadium hosted the world's greatest stars: from The Rolling Stones to Ed Sheeran and the most important international conferences, including the United Nations Climate Change Conference or the NATO Summit. We signed the largest sponsorship agreement in Poland in the field of sports facilities.
For 6 years, our titular partner has been PGE Polska Grupa Energetyczna - said Monika Borzdyńska, a Member of the Management Board of the PGE National operator.


One of the most important events of the past year was the naming of PGE Narodowy after Kazimierz Górski. - It is extremely important for us to popularise the ethos which Kazimierz Górski represented both on the football pitch and in his private life. Already in 2014, a monument appeared in front of the stadium, which reminds people entering PGE Narodowy about the unheard history of the legendary coach. We are proud that the stadium has been permanently connected with the legend of the Polish football - emphasised Monika Borzdyńska.


PGE Narodowy has undergone  numerous metamorphoses in the last 10 years. One day it was the White-Red Fortress, and the next it had records of attendance, among others during the 2015 Science Picnic, attended by over 150,000 guests. One thing however remains unchanged. This is where the heart of the active Poland has been beating for 10 years.  It is the place of the greatest sports successes. Anita Włodarczyk in 2016 set the world's record in the hammer throw at PGE National during the LOTTO 7 Kamila Skolimowska Warsaw Memorial event. So far, Robert Lewandowski has scored as many as 27 goals in the stadium and, together with the representation, advanced here to the European and World Football Championships. As the players themselves admit - they treat this place as their home,
where they achieve the most successes, such as the historic 2-0 victory in the match
with Germany in 2014.


THE CELEBRATIONS OF THE ARENA'S 10TH BIRTHDAY


On the occasion of the 10th birthday of PGE Narodowy, the stadium operator has planned a number of attractions for the stadium's guests. Together, Poles will be able to celebrate the 10th birthday of the country's largest multi-functional arena during dedicated sports and artistic events. The stadium spaces have been enriched with dedicated elements which present the history of the facility and the most important events which took place in the arena during this decade. They will be a new attraction for all the visitors of the arena.


-As part of the anniversary of the facility, we plan to organise two events - a sports one and art one, during which we will be able to celebrate the 10th anniversary of PGE Narodowy, one of the symbols of our country. I hope to be able to give their dates soon. If only the epidemic situation in the country allows it, in 2022 the biggest stars of the world's format will also appear on the arena of PGE Narodowy: Guns N 'Roses, Iron Maiden, Coldplay and Andrea Bocelli. In May, all the fans of the black sport will again be able to watch the struggles of athletes as part of the individual speedway world championship. In June, the Polish national team will return to their home. Biało-Czerwoni will play against Belgium in the League of Nations games - informed Włodzimierz Dola.


- On the occasion of the 10th anniversary of the arena, we have also created an occasional logotype, which emphasises the most important attributes of PGE Narodowy: experience, quality, innovation and the national character - added Monika Borzdyńska.


PGE Narodowy is a place of the most important events, meetings and dialogue of unique people. It is the fans and supporters who create the atmosphere and history of this facility. Their emotions are amazing: joy, excitement, euphoria, and on the other hand, sadness, regret, and the bitterness of failure. PGE Narodowy connects all the Poles and it does not matter if it unites them during football matches, concerts or business events.

Guided tours are available from Monday to Sunday.


Get to know the tour routes, find a convenient date for you, buy a ticket online and come to PGE Narodowy! 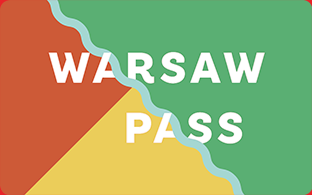